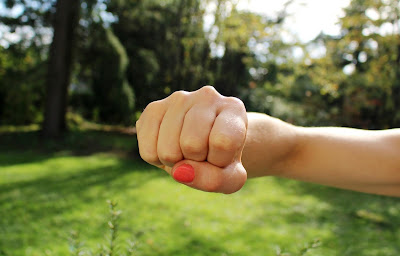 Under the headline, "I’m Pro-Choice. But I Don’t Think Pro-Lifers Are Bad People," the linguist and New York Times opinion writer John McWhorter explains how his experience years ago as a graduate student eating meals with a group of Republican law students and listening to the talk that went on among them changed his attitude toward Republicans:

But some years later, after having spent hours on end listening to these law students discuss issues political, against my inclination I could not help starting to notice that they usually made a kind of sense....These were earnest, intelligent people who simply processed the world through a different lens than mine.

Referring to the current flare-up of the abortion issue as the US Supreme Court seems about to overturn the 1973 Roe v. Wade decision that established a constitutional right to abortion, McWhorter's point is that those who stand with him on the pro-choice side of the issue should not demonize those on the pro-life side. These are not ignorant or bad people; they are earnest, intelligent people who process the world through a different lens than ours, and who sincerely believe that the right to life of a fetus outweighs a woman's right to reproductive freedom. So, we should empathize with their strong feelings on the issue, even while continuing to disagree with their priorities as we process the world through our own, different lens.

I don't question the validity of McWhorter's point, taken on its own as a matter of principle, but he has little to say about what it means in practice in our current situation. In my head, I can empathize with McWhorter's empathy for anti-abortion activists, but then I hear another voice warning, in response, that yes, we should assume that our opponents are mostly earnest, intelligent people--and for that, that they are all the more dangerous in battle!

And battles there are. On the day McWhorter's column appeared, The New York Times editorial board declared: "Americans are about to lose a constitutional right. It’s worth fighting for." The editorial points out that if the Supreme Court rules as expected, the abortion fight will go on in state courts and legislatures across the country. With abortion bans already passed in many states and proposed in others, abortions could be illegal in more than half of the states in a few months, and "the anti-abortion movement isn't stopping there" but will be pressing for a national ban. There will be legal disputes between conservative states trying to restrict abortions outside their borders and liberal states trying to provide access for women from states where abortions are banned. "For the foreseeable future, the real battle for reproductive freedom will be fought in the states, by regular Americans, and their state and local representatives, who are trying to protect this fundamental right while they still can."

The editorial doesn't demonize abortion opponents but neither does it make a point of empathizing with them. It focuses on their apparent goals and strategies, the policies they are pushing for, and legislative strategies for opposing them. The communication practices of the pro-choice side are framed entirely in terms of "pushing," "fighting," and "battle." Despite their metaphorical violence, we can assume these terms refer to the usual political communication practices of organizing, fundraising, campaigning, protesting, petitioning, lobbying, and legal advocacy. Part of what is required is mobilizing large numbers of people and motivating them to act for the cause. Anger can be a great motivator, and demonizing the other side can be a great way of arousing anger (on both sides though, but the other side is angry anyway). So, is McWhorter telling us not to do that?

Not explicitly. He doesn't really say anything about political communication strategy. He's apparently talking about how we should personally feel toward people we disagree with. One communication model would argue that if we can empathize with people on the other side (and they with us, a big "if" in this case), as McWhorter feels we should, we all may be more willing to engage in a communication process that addresses the legitimate concerns of both sides through dialogue, negotiation, and compromise. This approach is always worth trying in moments when it seems possible, but despite evidence that the broader public would be open to compromise on the abortion issue, the anti-abortion movement, with major victories now in sight, clearly is not.

Like it or not, then, we find ourselves in a "battle," and the battle frame entails a different communication model in which empathy for the other side has smaller and more instrumental roles to play. The current war in Ukraine may be a far-fetched analogy, but one function of empathy in that situation is illustrated by Thomas Friedman's argument that the US should avoid "boasting" about our indirect contribution to Russian military losses because of the unpredictable reaction it might provoke from a "humiliated" Russian president Putin. Friedman's empathy for Putin's vulnerability to humiliation is meant to inform a communication strategy against him, not to soften our feelings toward him.

Are there ways of engaging in political "battle" while still honoring the validity of McWhorter's admonishment against demonizing those who disagree with us? McWhorter is right, after all. Demonizing the other side may be a convenient rhetorical strategy for mobilizing our own side for battle, but it is seldom an honest expression of the truth about our opponents, most of whom are probably earnest, intelligent people. Our anger toward them may be perfectly justifiable as well as motivationally useful in the current situation, but there should be limits on how it is expressed. Even in war, there are rules.

A rule that is often proposed for political conflict is "civility," but critics have argued that the norm of civility is inappropriately used to stifle legitimate expressions of anger in public discourse. "The expression of anger is essential to public life," argues Karen Tracy in Challenges of Ordinary Democracy (Penn State Press, 2010). Rather than civility, Tracy proposes "reasonable hostility" as "a defensible ideal of communicative conduct" that "take[s] seriously the need for passionate, angry expression as well as the importance of respectful expression" (p. 202).

Not so much a matter of how we personally feel toward our opponents, reasonable hostility is a matter of how we talk to them and about them, with tokens of respect even in the expression of passionate anger. There are probably many good techniques for striking this balance in discourse, and a useful job for communication researchers is to identify them and cultivate their use. Two techniques that Tracy mentions are using formal names and terms of address, and using "argument metalanguage"--terms from argumentation theory such as issue, claim, reason, argument, and assumption--to describe what both sides are saying.

These are not ways of empathizing; they are ways of fighting while conveying the basic respect for opponents that empathy demands.